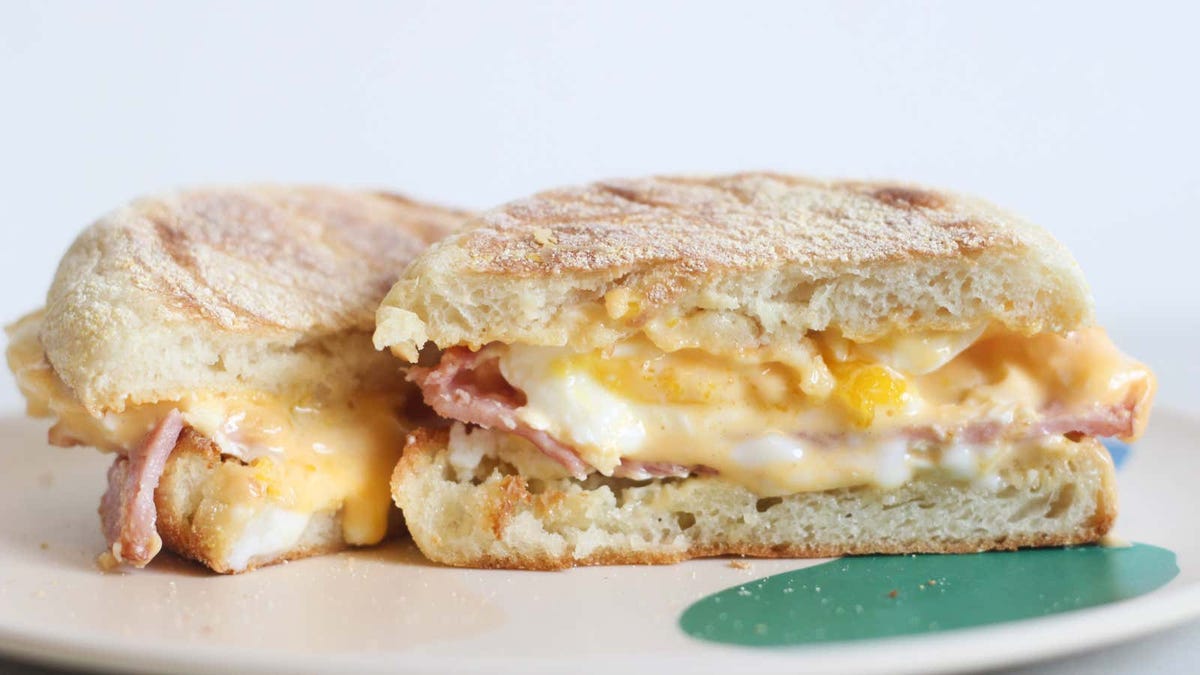 The microwave is a useful little appliance that you can make many fine things with, including lemon curd, mashed potatoes, prosciutto crisps, or an entire Croquembouche. You can also use it to cook a wide variety of eggs, but some styles turn out a little better than others.

De Tipser has been around for 15 years now, and throughout that time we ‘ve covered microwaved eggs a fair amount. I have only been around here for five years, however, so I decided to comb through some of our older microwave egg posts to see if they were all they were cracked up to be. Let’s start with my least favorite.

You can’t “fry” an egg in the microwave

This is one of those classic “just because you can’t mean you should” situations. This “hack” came to De Tipser via CHOW, and honestly it doesn’t even look that great in their original video.

The method, however, is pretty simple and the egg does get cooked:

It turns out that sunny-side up eggs are pretty simple: all you have to do is pre-heat your plate, swish a little butter around on it (both for flavor and so the egg won’t stick), and then crack an egg onto the plate. Place the yolk at the top gently so it won’t explode, and heat for 45 seconds. If it’s not done, keep cooking in 15 second increments.

I have two issues with this method: By the time my whites were set, my yolks were also fully hard, and you also don’t get any of the crispy edges you’d get with a “traditional,” fried, sunny-side up egg, because a plate does not get as hot as a frying pan. (Also, if you do decide to do this for some reason, please poke a hole in the yolk with a sharp knife, otherwise it could pop or fully explode.)

The scrambled egg puck you see above is actually the better of the two I made, and wasn’t made according to the original method we posted here. The photo from the original post didn ‘t look that appetizing but, again, the method was simple, perhaps too simple:

Basically, this one-minute recipe involves cracking an egg into a mug coated with nonstick spray, blending it with a fork, and then nuking the egg in the microwave for a minute. You can add cheese, bacon, vegetables, and other assorted flavorings as desired.

When I followed these instructions exactly, I got this, which, to be fair, looks a lot like what was promised:

The resulting egg puck was dry and rubbery, and markedly worse than any scrambled eggs I’d ever made on the stove. I tried it again, this time nuking it in 10-second blasts and stirring with a fork in between, which resulted in the OK-but-still-kind-of-rubbery puck you see above. It tasted like a fast food scrambled egg and would be passable when sandwiched between an English muffin, some sort of salty pork, and a slice of cheese.

Official Egg Grade: C- for the truly original method, B- with alterations

This method also came from the CHOW video, and my only complaint is one of aesthetics: Unlike stove-top poaching, the water in the mug is still and calm when the egg is introduced, which leads to it resting on the bottom, which results in a flat-bottomed egg. Again, the method is easy to execute, though:

For a poached egg, get a one-cup microwavable bowl and fill it with a half-cup of water. Crack an egg into the water, cover with a plate, and microwave for 60 seconds. If it’s done, scoop it out with a slotted spoon. If not, give it another 10-20 seconds until it is.

I used a mug filled with the same amount of water, and the egg came out pretty perfect. It had a firm white and runny yolk, and the flat bottom just means it sits a little more securely on a Benedict.

It shouldn ‘t be surprising that I like this method so much — I’ve been microwave-poaching eggs in miso soup for years as an easy, flavorful breakfast.

Microwave eggs with cheese and meat for a complete breakfast

Matty Matheson’s Bologna bowl is perhaps my favorite iteration of the microwaved egg. I’ve expressed my love before, but just to re-cap:

Just take a bowl, put four slices of bologna down, throw a slice of American cheese in there, and tenderly crack an egg on top. Microwave for three minutes, and eat with buttered toast soldiers. It’s perfect as is, but it’s also extremely riffable. Leftover roasted potatoes, mushrooms, and caramelized onions would be tasty — just layer them on top of the cheese but under the egg — as would my bff fried leek greens. If you’d put it in an omelette, you can put it in a bologna bowl.

The bologna bowl inspired me to make my own, smaller version of this dish, which just happens to slide right onto an English muffin for a McDonald’s-eque experience. The only real difference between the two is the amount of meat used. Where Matty uses four slices of bologna, I use one, or I use two slices of Canadian bacon, because it’s about half the size of bologna. All you have to do is press the lunchmeat into a small bowl, add a slice of American cheese, and crack an egg on top. Pop the whole thing in the microwave and nuke it for two minutes. Let it cool for a bit while you butter an English muffin, then run a knife around the edge or the bowl, and slice the breakfast puck onto muffin to make a sandwich.

Microwaved eggs can and do explode from time to time, especially if you don’t take precautions. Too-rapid heating of the yolk can cause steam to build up under the membrane, which can lead to the yolk exploding, which is messy and bad. Poking the yolk will break the membrane, which will help steam escape, but I’ve had eggs pop and sputter even after piercing the yolk, though never when they’re submerged completely in water for poaching.

Because of this, it’s a good idea to cover your eggs with a microwave-safe plate or saucer, or even something as simple as a piece of bread. (I feed the bread to my dog, which she really appreciates, especially after a small egg-splosion.)